Political commitment for a better governance of CRVS activities: the example of the Technical Support Unit of the Government of Pakistan 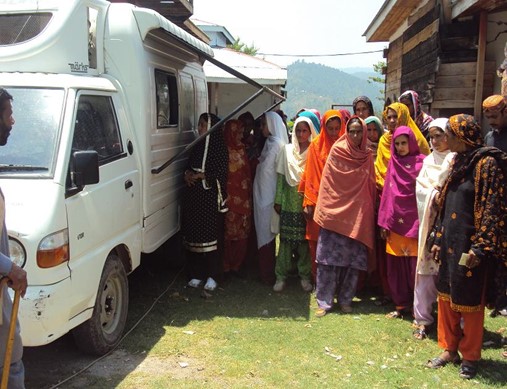 With its multiple provinces, its decentralized system and its large population, Pakistan is facing unique challenges on its journey towards universal civil registration. With this in mind and the low levels of civil registration completeness in the country, the Government of Pakistan launched several initiatives for institutional strengthening of the CRVS system in a bid to solve the “scandal of invisibility”. One of the first initiatives was the completion of a CRVS comprehensive assessment in 2013, followed in 2014–2015 by the establishment of national and provincial CRVS steering committees to ensure a clear division of responsibilities.

At the end of 2017, the establishment of a Technical Support Unit dedicated to CRVS under the Ministry of Planning, Development and Special Initiatives was a crucial step toward better governance of the CRVS system. Its work is guided by an ambitious six-year plan reflecting the priority accorded to CRVS by the Government.

Since its inception, the Technical Support Unit has helped in a wide range of activities, with a focus on the coordination of the CRVS system through the organization of provincial summits and the first international CRVS summit in Pakistan. The unit has supported thematic area studies and provincial assessments, which fed into consultations for a uniform national CRVS law and policy. The National Policy for CRVS Reforms was approved by the National Steering Committee under the chair of Minister of Planning, Development and Special Initiatives. Using its central role in the CRVS system of Pakistan and in response to gaps and challenges revealed by the studies it conducted, the Technical Support Unit organized capacity-building projects for various CRVS stakeholders with the support of multiple development partners. Furthermore, the unit is playing a critical role in building strong coordination and liaison with different stakeholders to gear up CRVS implementation. All these efforts have contributed to the increased completeness of both birth and death registration in Pakistan. But the road to universal registration is still very long, and data often remain too scarce to provide reliable estimates. These challenges highlight the need for sustained political commitment to ensure all CRVS stakeholders continue to work together in the right direction.