Kyrgyzstan and the fight to eliminate statelessness in Central Asia 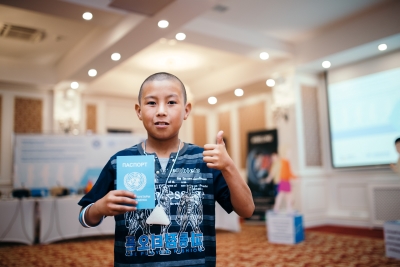 The issue of statelessness in Central Asia mainly originated from the dissolution of the Soviet Union and the formation of new States. Indeed, what was internal migration under the old regime, left people stranded across borders with outdated Soviet passports or proof of their place of birth. Women, who often migrated when marrying, were disproportionately affected when new borders were created, and their children inherited this precarious status. To this day, countries in the region are trying to address this issue.

Since 2014, the Government of Kyrgyzstan has worked hand-in-hand with the Office of the United Nations High Commissioner for Refugees (UNHCR) to eliminate statelessness in the country. This ambitious project was started as part of the global #IBelong campaign launched by UNHCR in 2014 to end statelessness by 2024. Continuing efforts made since its independence, Kyrgyzstan embraced this campaign and followed the recommendations from the Global Action Plan to End Statelessness.

Kyrgyzstan’s dedication paid off in 2019, when it was declared the first country in the world to eliminate statelessness. This success story was achieved through the identification of more than 13,700 stateless people, including more than 2,000 children in a period of five years. Depending on the situation of these people, their statelessness was resolved through either birth registration or the confirmation or acquisition of nationality and was ensured by the delivery of national identity documents such as birth certificates and passports.

This important milestone also highlights the role civil society can play in achieving universal registration. Indeed, Azizbek Ashurov, a lawyer, has been one of the key actors in eliminating statelessness in the country. Through his organization, Ferghana Valley Lawyers Without Borders, he offered legal support to stateless people since 2003. Working with the Government, he later organized mobile campaigns in remote parts of the country to find and help marginalized groups. In recognition of his efforts, UNHCR awarded him the 2019 Nansen Refugee Award.