Improving vital statistics production and dissemination: the examples of Georgia and Niue

The production and publication of vital statistics is largely dependent on the completeness of civil registration, and thus it is among the areas many countries still need to tackle by the end of the Decade. This means that highlighting positive examples is important to ensure all targets are reached by 2024. Georgia and Niue are among such examples, having improved their systems in the past few years.

In Georgia, a series of reforms made between 2003 and 2017 reshaped the CRVS system as a whole to make it more efficient. These changes mostly consisted in removing barriers to registration and facilitating the transfer of information between administrations, especially between the Public Service Development Agency, in charge of civil registration, the National Center for Disease Control and Public Health, and Geostat, the national statistical office. Coupled with initiatives to ensure better data quality, such as the use of personal identification numbers to avoid duplicates and the verification of ICD codes with the ANACONDA software, these reorganizations have enabled Geostat to easily access more complete and accurate data. As a result of this progress, in 2017 Geostat published its first vital statistics report for the year 2015 with the support of Bloomberg Philanthropies Data for Health Initiative and ESCAP. It has since published a report annually while cutting short the delay, with the 2019 report published in September 2020. Furthermore, a large number of tables of vital statistics are available online. 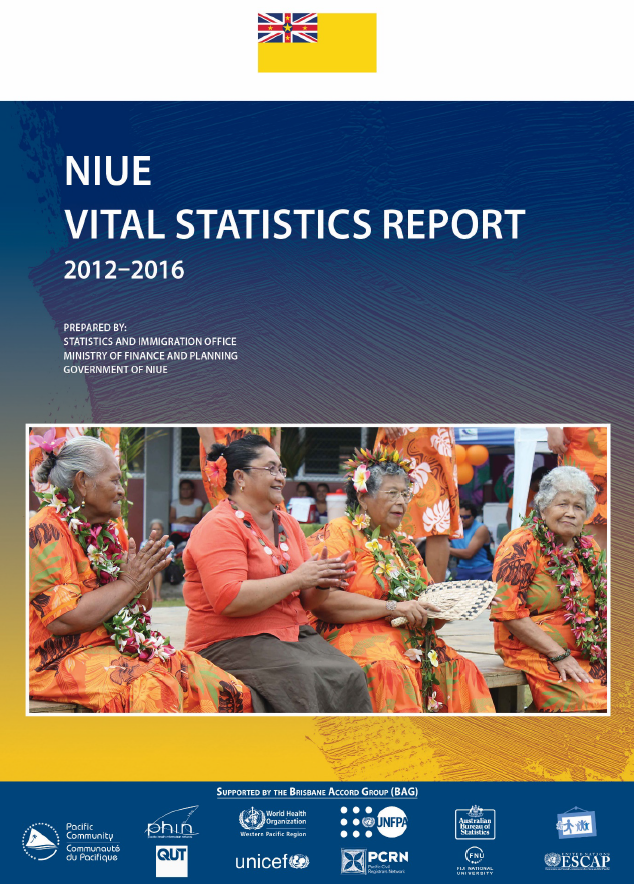 Niue shares a similar success story in a different context. The island country has managed to develop a well-functioning vital statistics system thanks to good coordination between its administrative offices and with the help of the Pacific Community and the Brisbane Accord Group. A first vital statistics report covering 1987–2011 was published in 2015 by the Niue Statistics Office with support from the Ministry of Health and the Civil Registration Office, followed in 2017 by a report covering 2012–2016. Detailed updates on births, deaths and marriages are also now published biannually. The general recommendations for the proper functioning of vital statistics systems were adapted due to the small size of the population and the statistical uncertainty that comes with it. For example, vital statistics reports are published on a five-year basis and ICD has been introduced through the shortened General Mortality list to allow for grouping and easier interpretation. Collaboration with New Zealand has also been formalized to better register and report the vital events of Niueans occurring in New Zealand.