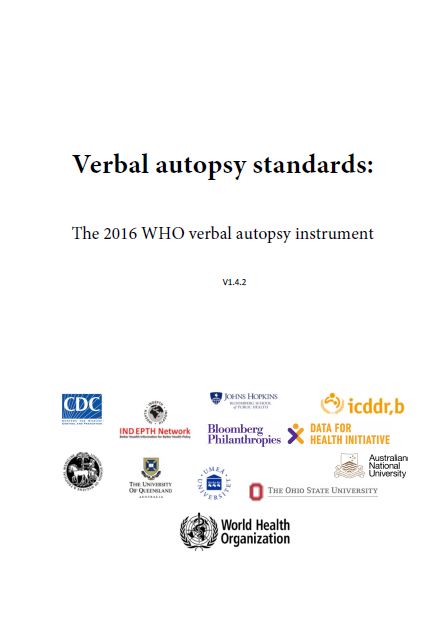 The 2016 version of the WHO verbal autopsy instrument is suitable for routine use. The instrument is designed for all age groups, including maternal and perinatal deaths, and also deaths caused by injuries. Based on the 2012 instrument, and the 2014 version, questions have been added or edited to facilitate the use of publicly available analytical software for assigning the cause of death (SmartVA, InterVA, InSilicoVA). Edits to formulation of questions and the skip pattern have been informed by field testing and cognitive reviews of the 2012 instrument, and field work with the 2014 instrument.

About this resource
Type of Resource:
Training and Tools
Year of Publication:
2016
Download: