Escaping an unnamed country: Birth Certificates, more than a piece of paper

Worldwide, an estimated 230 million children lack birth registration, 135 million of whom are living in the Asia Pacific region. If these unidentified, unregistered children, all under age five, formed their own country, their population would fall between that of the size of Japan and Russia.  The country might even have a flag, or symbols of statehood, but there would be no legal rights, few basic services and little security.

At 7, he is roughly the same height as his classmates in Myanmar though he is a full year older due to a late start. His family tried to enrol him at age five, but was unable to without a birth certificate. The family never thought to register the birth of Kyew  or his siblings, all born in a flimsy tent in a slum of Yangon, Myanmar’s largest city and its business capital.  Kyew’s mother struggles to keep food on the table for her three children in that tent they still call home.

One tool some economists use to analyze this family’s poverty is the “differential diagnostic approach”. The tool has found that extreme poverty is almost always found in landlocked territories with harsh weather conditions and urban slums. These poverty-stricken areas have a high density of seasonal jobs or people working as casual labourers, residents living without access to basic services, a high fertility rate among women and low school retention. Coastal areas fare better.

In addition, there is one often-overlooked asset between the world’s so-called have’s and have-nots: a birth certificate. Inability to attend school due to lack of proper birth registration kickstarts a cycle where low education leads to low income – and therefore limited spending on education and health – and low savings.

Years after her first attempt, Kyew’s mother happened upon a community speech  from a World Vision volunteer about the importance of birth certificates. After three meetings with different authorities, two letters of recommendation and World Vision’s support, Kyew finally received his birth certificate.

For his mother, that piece of paper was much more than a testimony of his birth. “I want my son to be educated,” she told World Vision. “I want to see my son working at a desk with a pen in the shade, not working away in the hot sun. I don’t want him to be uneducated like me.”

Kyew and his mother walked confidently into a local school this past June– certificate in hand – to register him as a grade 1 student at the age of six.

More than a piece of paper, the birth certificate is a launching pad for children to escape abuse and bleak opportunities, and become productive members of society.

Governments in Asia and the Pacific signed a declaration at the Ministerial Conference on Civil Registration and Vital Statistics (CRVS), held in Bangkok in November 2014, and declared the years 2015 to 2024 to be the Civil Registration and Vital Statistics Decade for Asia and the Pacific. The governments pledged to achieve universal birth registration by 2024. Universal Children’s Day is a good time to call forth the political will necessary to enforce this declaration for millions of Asia’s still unregistered children. You can find Armenia's country statement here.

Abid Gulzar is an advocacy campaign professional originally from Pakistan, has been working with World Vision East Asia Region since March 2006. 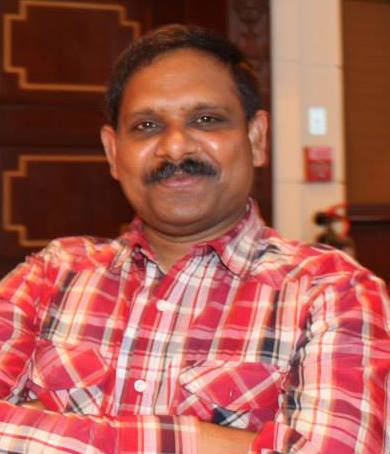